November 27, 2016 currencies Sunday Spectacle
Interesting Facts about the US Currency


I ran across a good Dallas Federal Reserve publication ("Money" from 2013) that explained the basics of money. It is one of those government propaganda-type publications aimed at the general population but, surprisingly, it does a good job of going over almost all the major concepts related to money including inflation, expansion of the money supply due to multiplier effect of reserve banking, and even highlights the major events (such as Bretton Woods, FDR banning ownership of gold, etc).

Anyway, it had some interesting historical facts that very few, including Americans, know about the US currency and I thought I would post it here. I certainly didn't know about them. For instance, I knew about the era when banks issued their currencies but didn't know there were 30,000(!) distinct currencies in USA at one point. This implies that there were maybe 20,000 banks (another 10k could be other entities) and that surprises me given how America wasn't that big in the 1800's. Also didn't know that a $10,000 bill existed.

Finally, the most interesting fact I learned--I doubt even 1% of anyone who visited this blog since inception know this--had to do with overprinted US currency issued in some areas in case those areas fell under foreign ownership during WWII. Seems like a draconian move to punish citizens in those regions if they went over to the foreign side (imagine if most of your net worth, at least whatever is in currency form and in banking accounts*, became worthless if your region was taken over by a foreign country during war.)

(* This is another reason why it is preferable to hold your wealth in physical assets or even securities like company shares. Governments could easily alter currencies. Incidentally, in India, within the last month, the government has undertaken some draconian measures by banning two of the most popular bills, which apparently represent 86% of currency in circulation. Apparently it was to combat corruption but the most impacted are the poor who don't even have bank accounts--some stats indicate that 50% of Indians don't have bank accounts--and it will only weaken the confidence in the country's currency--what's to stop the government from doing something similar again in a few years?)


I can't upload it properly as one large image so I have broken it up into 3 pieces. Click on each one for larger image. 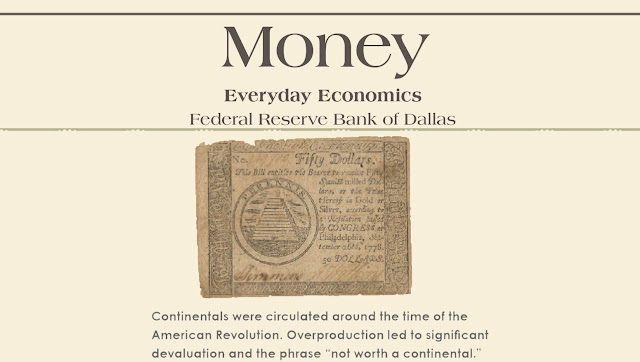 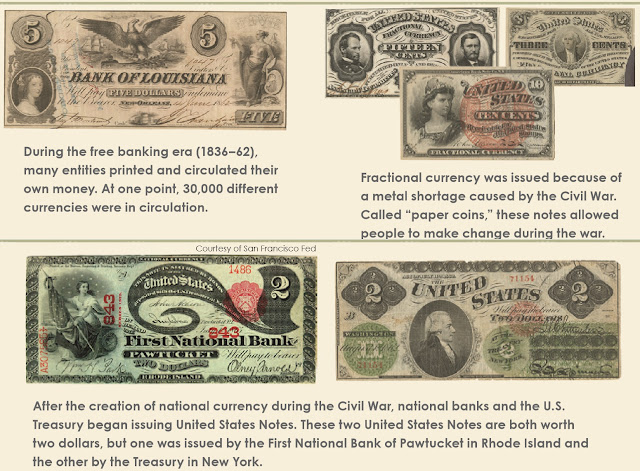 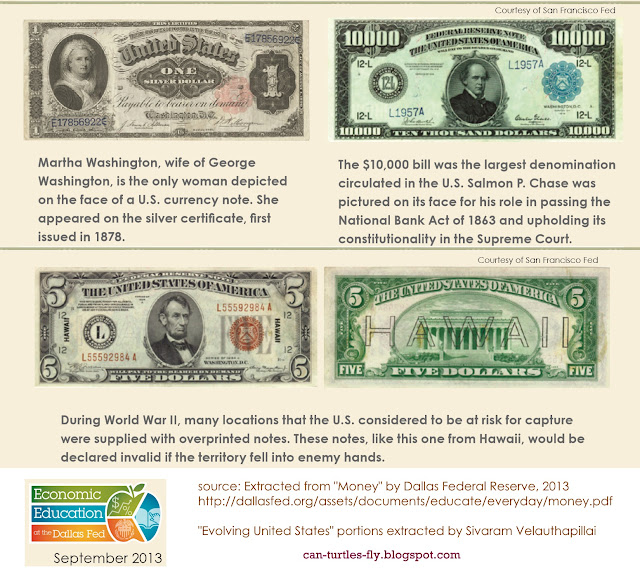 (source: "Money" by Federal Reserve Bank of Dallas, 2013. Only portions of the document are extracted above and graphic layout altered from original document.)