Showing posts from May, 2011
Show all

May 29, 2011
Reading material for a sunday... and beyond... Unintended consequences of China's capital controls (WSJ China Realtime Report): Found a good blog on China by The Wall Street Journal. Maybe it was always there but I never looked at it much before. China followers and commodity investors should check out that blog. Anyway, this story deals with how some in China are hoarding soybeans in a convoluted scheme to raise capital. None of it makes any sense—some of you may have heard of stories a few years ago about hoarding copper and steel but soybeans?—until you think about China's capital controls and how it severely distorts currency and interest rates. Stephen Elop & Nokia (Report on Business magazine): Lengthy profile of Nokia's CEO, Stephen Elop, and some history of Nokia. I've been following Nokia for a little over an year and thinking of making an investment in it. (Highly Recommended) "Should you buy Microsoft?" (Geoff Gannon for GuruFocus): Geoff
8 comments
✖ READ MORE >>> 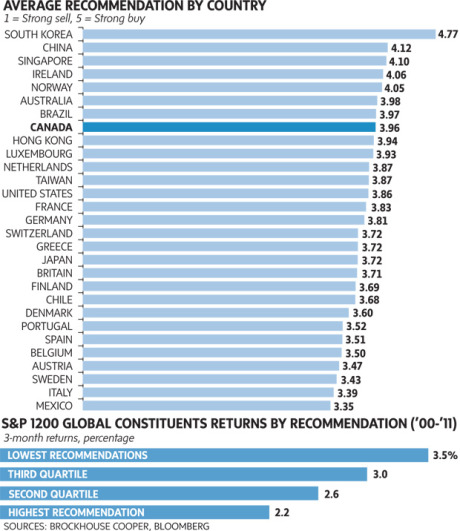 It pays to be contrarian... sometimes. Analyst Ratings by Country (source: " Why you should buy stocks that analysts hate " by David Parkinson. The Globe & Mail, May 20 2011.)   Admittedly the data above isn't very solid... 3 month performance...
Post a Comment
✖ READ MORE >>> 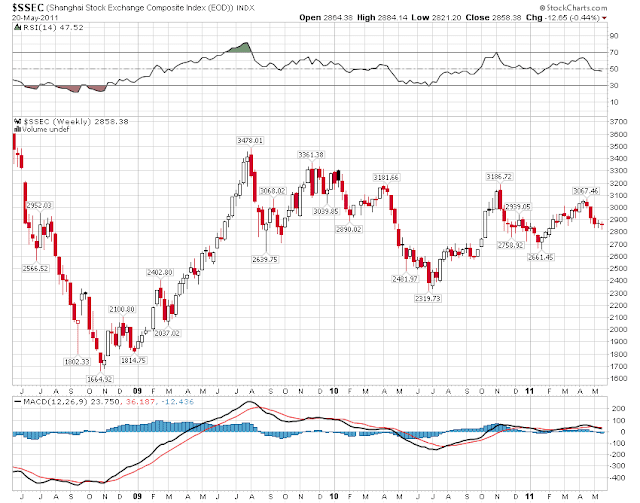 Jim Chanos, who is bearish on Chinese real estate, thinks that cracks are appearing in China. Chanos maintains his past views but says that his researchers who visited China are seeing bearish signs. Do keep in mind that Chanos has been bearish on China for over an year now and been wrong. Although, in the video he says his position is doing well since the Chinese market peaked out over 18 months ago. The following chart from stockcharts.com of the Shanghai Stock Exchange Composite shows how the stock market over there has been in a bearish trend since it peaked out in the middle of 2009 (do note that, unlikely the majority of investors out there, I view the Chinese markets more akin to a casino and don't draw many conclusions from them). Thanks to Credit Writedowns for the following CNBC video from last week:
Post a Comment
✖ READ MORE >>>

Jim Rogers interview at Investment U

May 22, 2011
Thanks to CanadianValue at GuruFocus, I ran across a good two-part interview of Jim Rogers at Investment U ( part 1 here and part 2 here ). I haven't followed Jim Rogers much in the last few years. Partly it's because I am bearish on commodities and China and I find that my views aren't consistent with his investment recommendations. The other reason is that I find him a bit repetitious since most of his interviews cover the same topic, with some interviewers even repeating the same questions of others. Yet, I do keep an eye on Jim Rogers' thoughts once in a while. Long-time readers may know that I started off more as a macro investor—I still am to some degree and you may get this feeling from my writings (haven't done much lately though :( ) and the articles I cover; it's also why I don't think I will ever be a true value investor—and Jim Rogers, along with Marc Faber, were two of my biggest influences. The good thing about Jim Rogers is that he is a s
1 comment
✖ READ MORE >>> 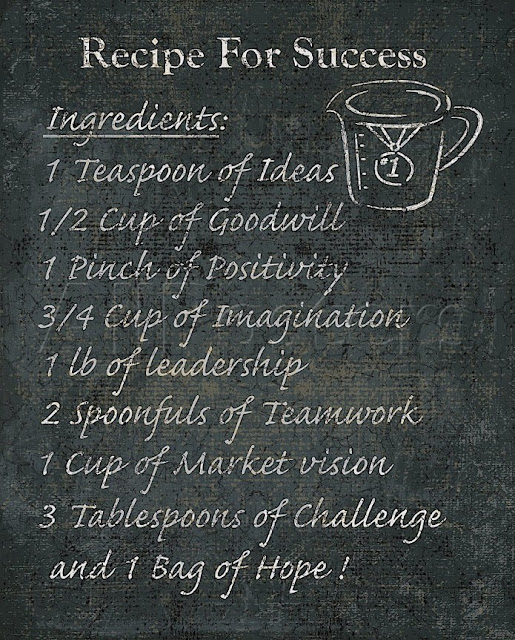 May 15, 2011
Some articles, including some important ones summarizing the Berkshire Hathaway meeting held a few weeks ago. (Highly Recommended) Warren Buffet 2011 shareholder meeting notes (Ben Claremon for GuruFocus): Very detailed and extensive notes from last week's shareholder meeting. Too bad it's in scribd format (am I the only one on the planet without a Facebook account yet? ;) ) (Recommended) Summary of Warren Buffett 2011 shareholder meeting (Epic Investor): Another pretty lengthy summary of the shareholder meeting from earlier in the month. (Recommended) TV interview of Warren Buffett and Ajit Jain (NDTV via GuruFocus): First time I've seen the publicity-shy Ajit Jain... I wish someone would ask Buffett to walk through one of his past investments. The canned questions and short TV-oriented questions have been repeated a million times and are a complete waste of time for people like me. Oh well. Maybe Alice Shroeder will write an investment book soon. (Recommended)
1 comment
✖ READ MORE >>> 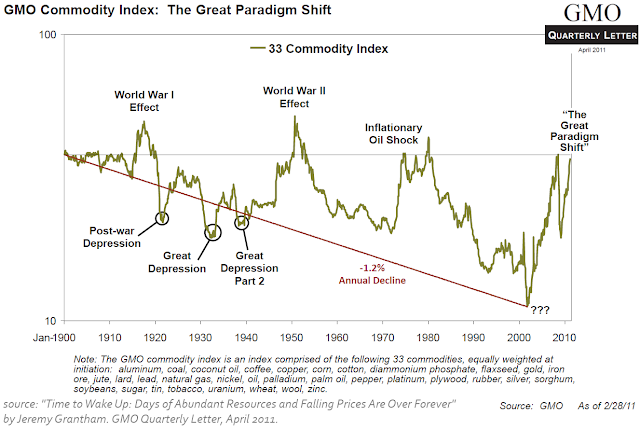 One-hundread-year commodity price index (source: " Time to Wake Up: Days of Abundant Resources and Falling Prices Are Over Forever ," Jeremy Grantham. GMO Quarterly Letter, April 2011.) Haven't read the article yet but I don't quite share the paradigm-shift argument. I think a lot of it is based on strong perpetual growth from countries like China and India—I don't buy this view—and it's also not obvious that the market hasn't priced in the future growth already (after all, commodities have been in a bull market for over 10 years now.)
Post a Comment
✖ READ MORE >>>

May 11, 2011
In probably the biggest insider-trading-related conviction in several decades, Raj Rajaratnam of hedge fund, Galleon, was found guilty on all counts put forth to the jurors: Raj Rajaratnam, the hedge-fund tycoon and Galleon Group LLC co-founder at the center of a U.S. insider-trading crackdown, was found guilty of all 14 counts against him in the largest illegal stock-tipping case in a generation. A jury of eight women and four men in Manhattan returned its verdict today after hearing evidence that Rajaratnam, 53, engaged in a seven-year conspiracy to trade on inside information from corporate executives, bankers, consultants, traders and directors of public companies including Goldman Sachs Group Inc. He gained $63.8 million, prosecutors said. The trial came as Manhattan U.S. Attorney Preet Bharara promised to crack down on “rampant” illegal trading on Wall Street. Rajaratnam was convicted on five counts of conspiracy and nine counts of securities fraud. Prosecutors today said h
1 comment
✖ READ MORE >>> 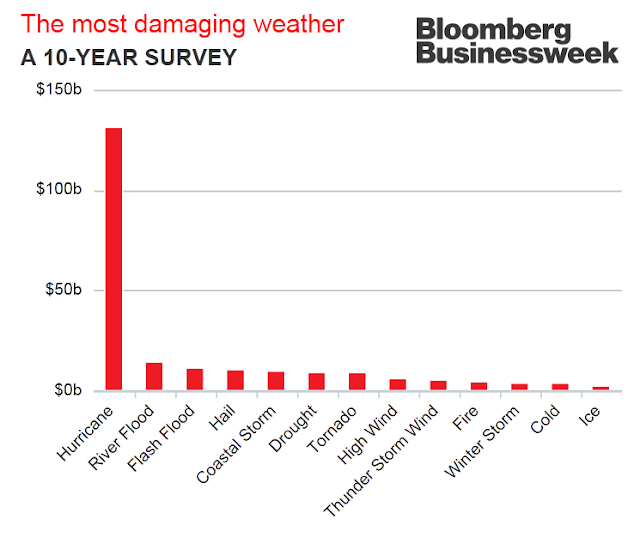 Some articles to start off the week

May 01, 2011
If you didn't have enough reading for the week, fear not. Information overload is just around the corner ;) Here are some items that you may find interesting... Book excerpt - The Wizard of Lies: Bernie Madoff and the Death of Trust by Diana B. Henriques (New York Times): Major bubbles are often marked by criminal actions and the stock market crash that started in 2007 was no different. Bernie Madoff will be remembered for centuries, well beyond our lives. Book excerpt -  Money and Power: How Goldman Sachs Came to Rule the World  by Wiliam D. Cohan (vanity Fair): Haven't read it yet but it seems to be about the battle between Jon Corzine and Henry Paulson for the leadership of Goldman Sachs. Carl Icahn at 75 (New York Times; h/t The Reformed Broker): Hated by some, loved by some, we are seeing the final moments of one of the most influential shareholder activists that ever lived. ROIC in various industries (Barel Karsan): Although returns for stockpickers is dependent o
4 comments
✖ READ MORE >>>

I don't know if others get the same feeling but stocks appear to be entering a dangerous zone. Valuation just doesn't seem to be attractive. This has been the case for more than year but now it's much worse IMO. The following chart from dshort.com of the 10-year cyclically-adjusted P/E (CAPE) ratio (aka Graham-Dodd P/E ratio) shows the present state (as of April 2011):
8 comments
✖ READ MORE >>> 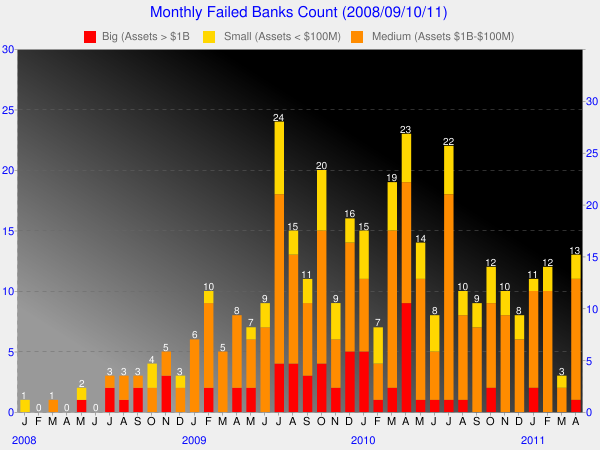