November 19, 2011 Miscellaneous
(This post is cross-posted on multiple blogs) 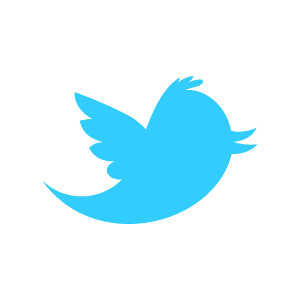 I finally decided to leave the cave I was living in ;) and decided to join Twitter. When Twitter first showed up on the scene a few years ago, I thought it was some dumb twittering bird that amounted to nothing more than a fad. Who would have thought that short messages, when long messages have near-zero cost on the Internet, would become popular? It also wasn't clear how Twitter would make money and stay in business as it scaled up. Well, needless to say, I was wrong — very wrong!

I'm still not sure if anyone will bother to follow anything I say. In any case, the main reason I joined was to track others. I notice that more and more content, whether from individuals, bloggers, or online magazines are "announced" on Twitter. It is much easier to follow things on Twitter than it is to visit each website, or use an RSS reader or something. I'm new to smartphones but a service like Twitter is also more efficient and quicker on mobile phones than RSS feeds or some bookmarking service (Twitter doesn't necessarily replace those other options but it does compete when it comes a tracking/filtering/following service).

Right or wrongly, I will be using one account labelled "Sivaram_V" (without quotes) for both my personal thoughts as well as my business/investing views. If you were a professional blogging about your job, you probably shouldn't do this (for instance, if you are a fund manager, you should probably keep separate accounts for your business activities and your personal thoughts). I'm intermingling everything because I probably won't post too often and no one really identifies me with any business. However, this probably means that some of you will find my tweets distracting and way-off-topic. I don't know if Twitter lets you filter tweets automatically but if it does, you may want to only pick up messages containing "#in" or "#li" if you want business/investing views. I'm planning to flag all tweets related to investing, business, economics, and econopolitics with that flag so that only those messages are posted to LinkedIn.

Twitter has a flaw with name lengths in that the full name isn't very long—there isn't enough space for my super-long full name—and common nicknames/handles are already taken. So I'm going with Sivaram_V but don't get this mixed up with SivaramV who is someone else.