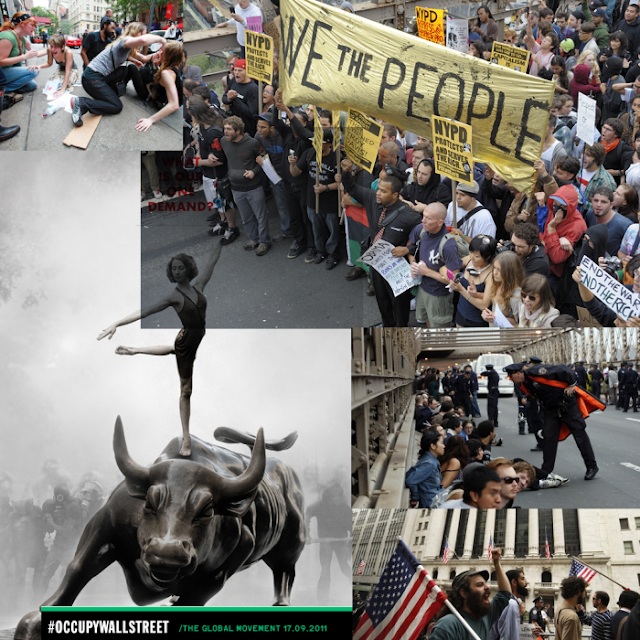 I don't support the protests (although I understand their frustration with crony capitalism, including some questionable actions unfolding in Europe) but this could turn out to be a pivotal moment in American history. Although the protests are small, serious protests against Wall Street probably hasn't occurred since the 1930's (there have been many protests against WTO, IMF, UN, police departments, Federal government, Federal Reserve Bank and other similar bodies but not specifically against Wall Street banks in the recent past—someone correct me if I'm wrong because my knowledge of historical American protests is weak). If the youth lose faith in the system, change is certain.

It's also interesting to me that the two protest movements, the current Wall Street protest and the Tea Party movement, started mainly due to dissatisfaction with the bank bailouts (The Tea Party is driven by much broader causes but bailouts were one of the key elements early on). The Tea Party movement is less driven by the younger generation but, nevertheless, I do see some support from the youth. It looks like the youth, both on the left and right, are losing faith — perhaps a symptom of the unfolding lost decade?