Catherine Mulbrandon from VisualizingEconomics.com always does good work on economics and business graphics and this is another great one on American corporations and tax collections. It clearly shows something that is not widely understood by the public at large. Namely, the number of American C corporations--these are the ones that pay corporate taxes*--have declined significantly in the last few decades. The number of pass-through entities--these are ones that don't pay corporate taxes but instead the owner is taxed directly*--has risen. The biggest impact from all this is the reduction in corporate double-taxation (which benefits owners of such companies) and the decline in taxes being collected from corporations (which hurts government/society**). 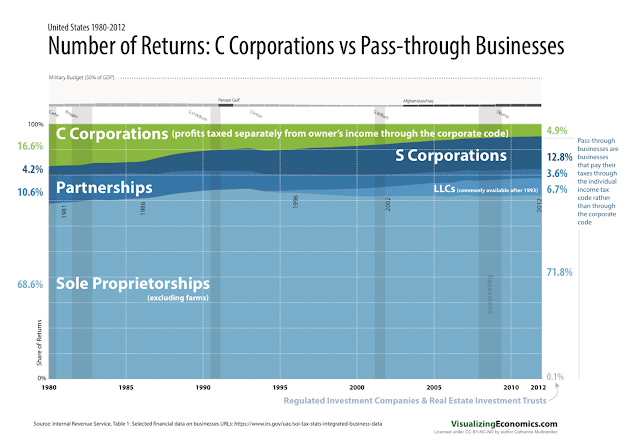 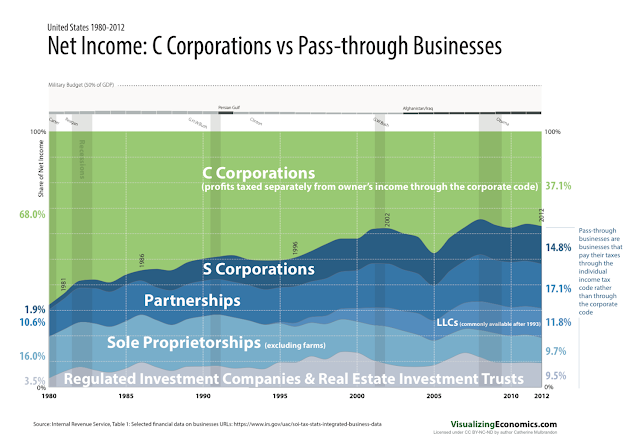 source: "Number of corporations has dropped since the 1980s,"Visualizing Economics May 19 2017. Created by Catherine Mulbrandon at VisualizingEconomics.com.