Book Summary: In the Market: The Illustrated History of the Financial Markets 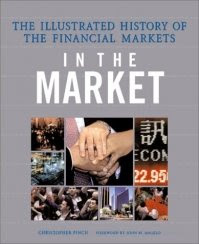 In the Market: The Illustrated History of the Financial Markets
by Christopher Finch

As anyone continuously following this blog would know, this isn't a typical investment blog. Most blogs are focused on certain aspects of investing—fundamental analysis, technical analysis, macroeconomics, trading, value investing, dividend stocks, and so forth—whereas I tend to write about anything. I'm sure this is frustrating to some and it will probably keep my readership very low forever (for instance, I haven't analyzed any stocks, other than special situations, in more than an year—anyone looking for investing ideas may have been dissapointed, although, by complete fluke, it would have prevented one from buying stocks during a crash and suffering massive losses.) Well, the reason I don't focus on anything is because my interests are diverse and it gets boring to do the same sort of thing over and over again. In a similar vein, the books I read are also generally different from what you see on most sites. In the Market is one such book.

I purchased In the Market: The Illustrated History of the Financial Markets a few months ago. Written by Christopher Finch, it is a large-format coffee-table book suitable as a reference for anyone's home or office. I did some research before buying and this is the best coffee-table-type book (on this topic) I could find anywhere. As to be expected in coffee-table type books, there are a ton of pictures with some spanning one and a half pages of the large book.

In the Market covers markets of all sorts—not just the stock market—from several thousand years ago to the present. Most of the book, though, deals with the last century. The early history is quite weak and is mostly a general overview. I suspect this is because most of the early innovations and advanced civilizations were in the Middle East or Asia and historical records are hard to come by—this is especially true before the invention of writing on paper. The early European period, pre-British, from 1500 to 1800 starts getting interesting. But the real detail starts with the establishment of Wall Street under a buttonwood tree.

While the history of various markets is covered in the background, there are "inserts" on various topics. These tend to be a few pages, often with pages full of pictures, but enough to introduce the topic. I actually found these topics more interesting than the main chapters in the book. Some of the topics include venture capitalists; state and local finance; investment in private companies; emerging markets; blue chips; agricultural commodities futures; and so on. If you are intersted in a particular topic, it's fun to read through it.

At the back of the book, there are very brief biographies of important businesspersons, investors/financiers, policymakers, and so on. There is also a timeline of important events that occurred over the years.

Abbeville Press, the publisher, has a PDF containing some sample pages from the book. You may want to check out the PDF (7MB) or their site if you are interested. I have extracted some images to give you an idea of what is in the book.

Note: All images belong to their respective owners: Christopher Fince and Abbeville Press (except publi domain images.) I cropped some of the images from the full page.

The following image depicts one of the insert sections, with this one being emerging markets. As is common throughout the book, there is a large image that spans more than a page, along with some text introducing the topic. 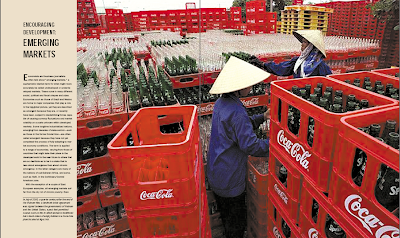 The following is another insert section—this time the one on private companies: 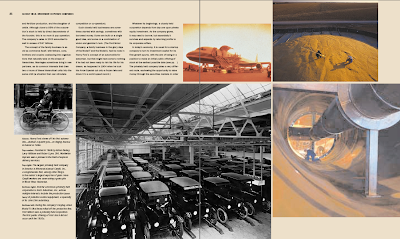 You are not going to become an expert reading this stuff but it will introduce you to the topic and broaden your knowledge base.

I chose the following cropped image from the main body to illustrate how In the Market contains historical pictures that are not easily found. Although these historical images are freely available, one may have a hard time finding them. In this case, the sketch is of Black Friday in 1869. 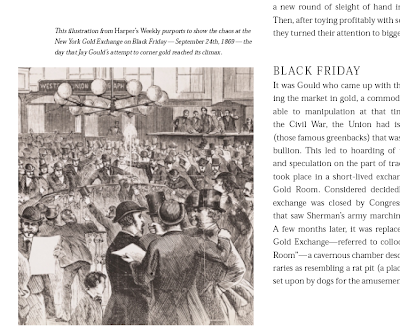 The following image is to make the libertarians and other extreme free market proponents keep coming back to my site—although I don't really make any money off this site :). It is a privately issued bank currency. 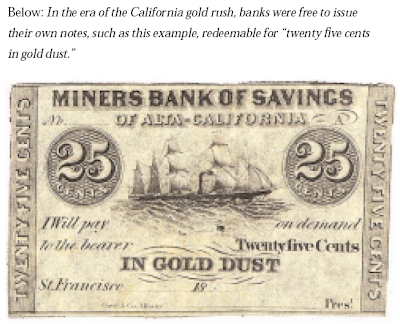 Once upon a time in America, banks were issuing their own currencies in California. Since they were on the gold standard, the note above promises to pay back in gold. Letting the banks issue their own currencies is closer to a free market than only having the government do it. Extreme free-market supporters, which includes most American libertarians, generally suggest that it is better to let anyone issue their currency rather than let the government have a monopoly on currency. However, such a system is unstable and most banks end up bankrupt.

The final image I extracted is the original 'greenback', which was issued during the Civil War and wasn't backed by gold or silver. 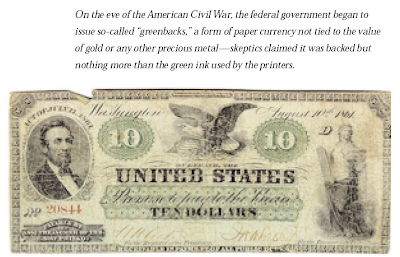 As the caption mentions, critics accused the currency of having nothing backing it other than the green ink. Nowadays, the negative connotation has been lost and greenbacks simply refer to the US dollar.

This isn't a big deal for me—I bought the book after all— but here is something some may find wanting.

This is more of a pop book suitable for the general reader so it isn't an in-depth reference for experts. Likewise, investors would likely disagree with some of the ideas in the book (ideas may seem a bit too simplistic to some.) If you want an in-depth understanding of a topic, say venture capitalism, you are better off finding a book that specializes in venture capitalism. I don't fault the book because such a book has to be written for the general audience but just warning anyone interested in buying this.

I will also mention that all the content in the book can be found freely on the Internet. You can Google for a topic and find some websites that educate you on the topics covered in the book. You can also hit Wikipedia and read up on the material.

Even though the material can be found online or in several other books, it's good to have them all located in one book. Instead of you trying to read many different articles or websites, this book ties it all down for you.

In particular, I really love the illustrations, historical photos, paintings, and the like. As the samples I showed above illustrate, you will see some interesting stuff. There are political sketches criticizing robber barrons in the 1800's; there are paintings of panics and manias; there are large photos of workers; there are old photos of the excesses of the Roaring 20's, such as the famous tennis match on the wings of an airplane.

I recommend In the Market to anyone that is interested in economic history, investing, or business in general. It is an easy-to-read book that one can flip through when they are in a mood to discover something. Want to learn something about the markets during the Victorian era? Flip to page 126. Feel like reading some basics about privately-held companies? Starting on page 134, you would learn that Cargill is the largest private company in America followed by Koch Industries (I think these two flip around quite a bit because I vaguely remember reading that Koch was the largest.) Also, did you know that Ford was a private company during its high growth phase during its Model T days? Ford wasn't public until the 1950's.